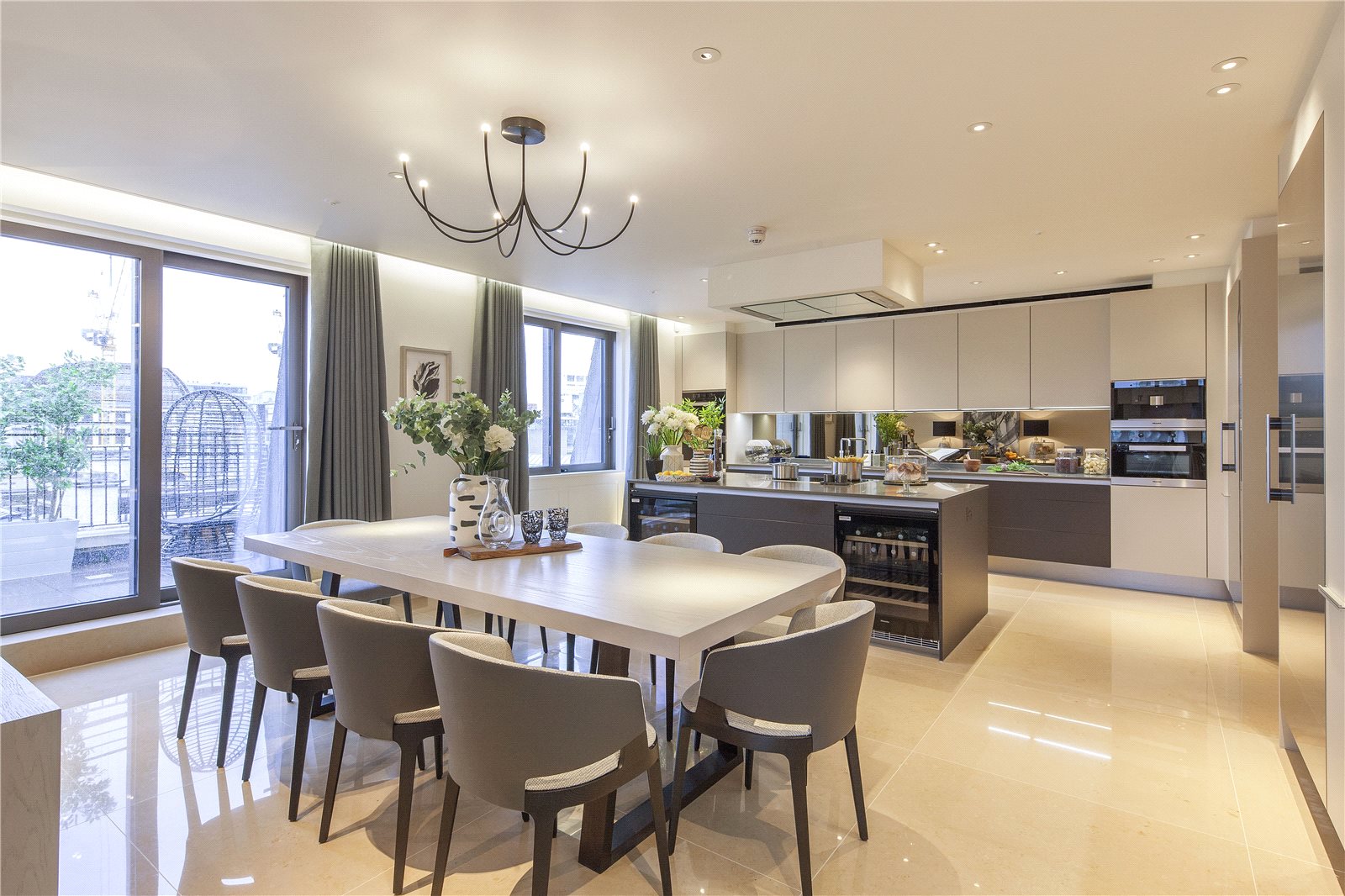 Located at No. 01 Cockspur Street, West End – a western district of Central London and to the north of River Thames; in which many of the city’s major tourist attractions, shops, businesses, government buildings and entertainment venues, including West End Theatres, are concentrated – Oceanic House is often called the Building of the Century for witnessing a numerous important events here at West End.

In 1907, Bruce Ismay, Chairman of White Star Lined – the owner of the “Unsinkable” Titanic, completed the construction of the Oceanic House and made it the London headquarter of his business.

It later became the bank office, then was used by the Ministry of Defence and turned into a famous restaurant after that.

Recently, Oceanic House was converted into an apartment composition for the super-rich people.

All 6 luxury apartments plus 1 penthouse have been installed in the grand models of Poggenpohl. The primary selected material is the high-quality Terra Matt – a smooth lacquer type in charming Pebble Grey tone, inspired by the illusion of foggy water surface. The balanced color tone and the perfect polishing techniques of Poggenpohl harmonize with other special details of the house layout, such as the luxury chandelier, the Stucco ceiling, the beautiful marble plates, and classic wooden doors. In general, an extremely unique living space was generated.